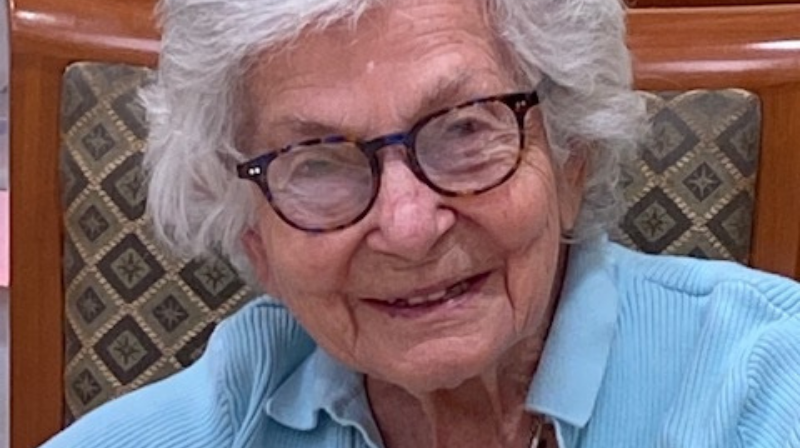 Getting to Know You: Blanche Wager

This is part of a series of stories to introduce some of the remarkable individuals who live in our vibrant community here at Willow Towers Assisted Living at United Hebrew of New Rochelle.

Blanche was born in Harlem and spent her early childhood there, along with her parents and two older siblings. She remembers her mother saying with pride, “the cream of the crop lives here!” Her mother and father were both immigrants from Russia. In fact, her mother was only ten when she left her native homeland. Blanche’s birth father sadly passed when she was just four years old. Her mother eventually remarried a man with four children of his own.

The family then moved to Long Island City, where Blanche enrolled in primary school. She went on to attend high school in Manhattan followed by four years at the newly established Queens College. She studied sociology and enjoyed belonging to a sorority, Iota Alpha Pi. When she completed her studies there, she was among the school’s second graduating class.

Blanche spent some time volunteering as a summer sleep away camp counselor to underprivileged children. Her first paid job after college was with a French company dealing with U.S. exported goods. When she became pregnant with her first child, she left the company. They never stopped checking in to see if she might want to come back. For a time, Blanche was happy being a stay-at-home mother to her children. After 16 years, she took the company up on its offer and returned to work as the only American on staff.

She met her husband, Stanley, through her mother. It seemed their families came from the same small rural town, and it was fate. He worked as a commercial artist, with clients like The Andrews Sisters and Sports Illustrated. They had a total of three children, Michelle, Marc, and Matthew. Now she is blessed with six grandchildren and three great-grandchildren.

Getting to Know You: Giovanni Dilluvio

Getting to Know You: Carol Gabow