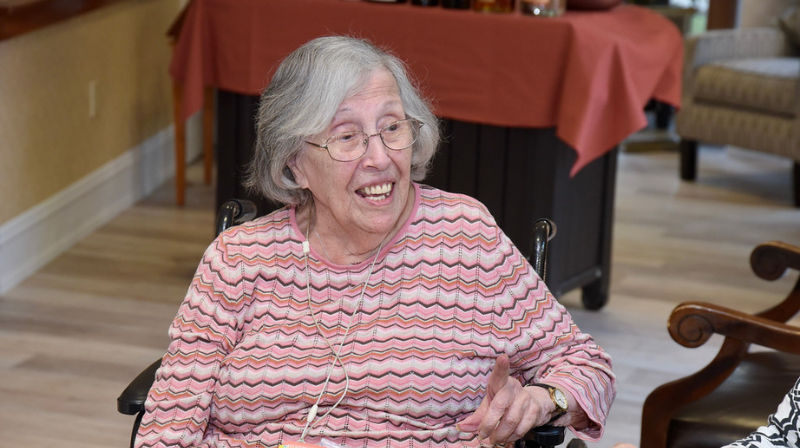 Get To Know Evelyn Levine!

Evelyn Levine is known in our community for her sharp memory, kind manner and storytelling skills. This year, she celebrated her 103rd birthday, becoming one of several Centenarians living in our Willow Towers community!

Evelyn enjoys being active. Some of her favorite activities: participating in Jewish culture programs and weekly Shabbat services and attending our special events, including concerts, dance performances, and more. She also delights in playing poker with a large group of friends or taking time for herself to read in our comfortable library.

Evelyn was born on May 24, 1919, and was raised in New York City. The oldest of three sisters, she born to parents who immigrated from Russia and occupied Poland. They struggled during the Depression, trying to make ends meet on the small income from the family hardware business they owned. After they lost the store, her father became a house painter to support the family. 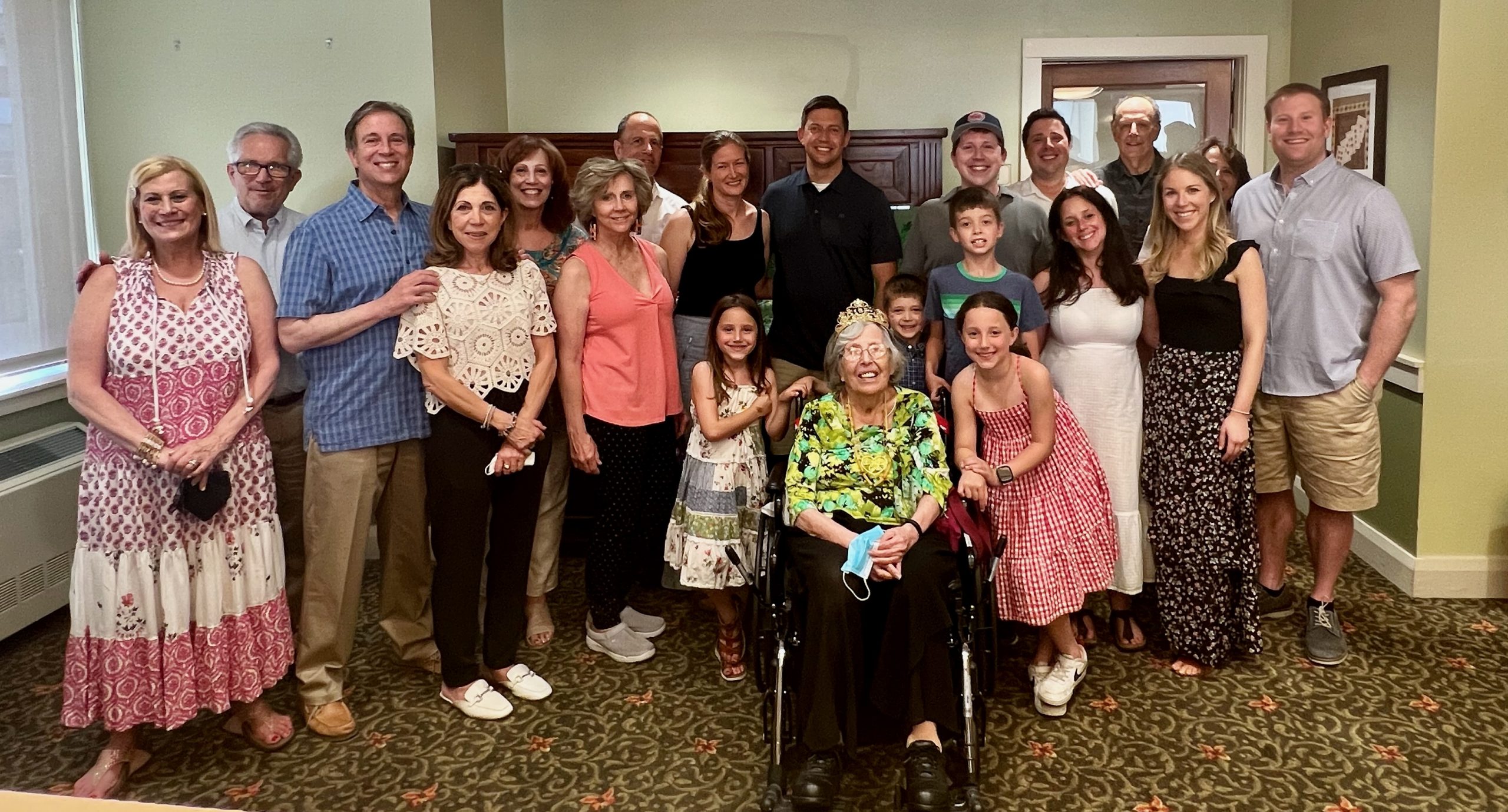 After graduating from Morris High School in the Bronx, Evelyn worked as a bookkeeper in the garment industry. A blind date led to her meeting George Levine, the “love of her life.” Following a short engagement, they married in 1945 and settled in The Bronx. George and Evelyn had two sons, Alan and Michael, eventually moving their family in the 1980s to New Rochelle, where Evelyn has lived since.

In New Rochelle, Evelyn was a stay-at-home mother and actively involved in her community. While her children were young, she was a vital member of the PTA; after her sons were grown, Evelyn spent 20 years working for a child welfare program in the South Bronx, and 12 years volunteering at United Hebrew.

Her family now includes four amazing grandchildren: Aaron, Daniel, Robert, and Amy. In 2012, she welcomed two great-grandchildren, Haley and Colin. They know Evelyn as “Bubbe,” and love to hear her lively stories about growing up in mid-19th century America.