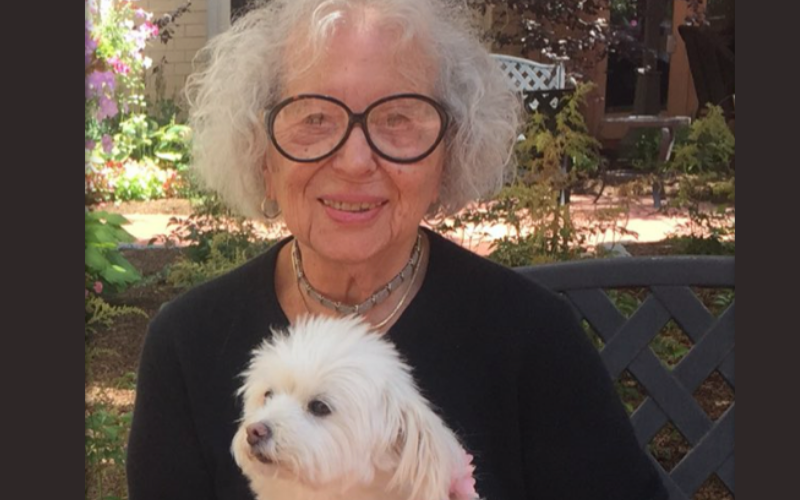 This is the first in a series of stories to introduce some of the remarkable individuals who live in our vibrant community here at Willow Towers Assisted Living at United Hebrew of New Rochelle.

Antonina likes her daily crossword puzzles and can often be found solving them in the Café. She enjoys attending musical performances, special events, and activities that allow her artistic side to flourish, such as jewelry making. She sits at first seating in the dining room, usually chatting in Italian with her dear friend Giovanni.

Antonina was born in Italy. She grew up in Carpineto Romano (southeast of Rome) until she was about five-years-old, when she boarded a ship to join her father in the United States. He had been working as a shoeshine before becoming a barber. Her father continued as a beautician and would later pressure Antonina’s younger brother to become one, as well.

Antonina knew better, however, and encouraged her brother Mario to use his smarts and make something of himself. Mario became a successful patent attorney with a wife and six children. It would be Antonina who carried on in her father’s profession.

She was a bright young woman and read every non-fiction book she could get her hands on. Her intelligence caught the attention of her high-class clientele. This landed her a job at Bergdorf Goodman, where she styled the wealthy elites. Later in life, she would open a salon with Marc Sinclair.

Antonina also got married to a man named Nick after his sister introduced the two of them. He proposed very quickly, but she had one ultimatum: she would only say yes if the diamond was 2 or 3 carats! They had a happy marriage and a son named John, who is now married with two children of his own.