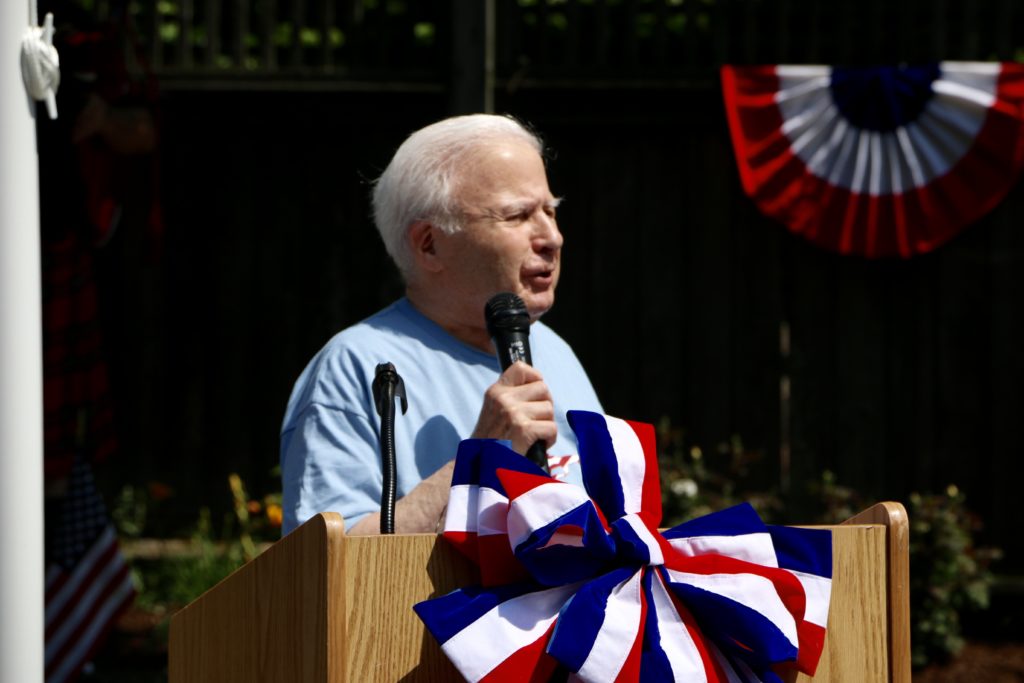 Lawrence “Larry” Rosenthal can be found in the Willow Towers library most mornings with his newspaper. He likes to attend most Jewish services, musical performances, and our drumming program. Larry also joins in with most special events, parties, and Seders. He sits at first seating in the dining room with Margaret or as some people know her, Peg.

Larry was born “a half a mile from Yankee Stadium” in the Bronx, where he grew up. He was in the very first graduating class for the High School of Music and Art on 135th St. He wasn’t much of an artist or musician, but he was active in the choir as a singer. While his intentions after graduation were to go off to college, plans changed when a draft notice came his way.

The U.S. Army was calling, and Larry became a 2nd Lieutenant in the Air Corps. In particular, he attended schooling for navigation training. Larry keeps a bit of memorabilia in his room in the form of a model B-17 Flying Fortress aircraft. Larry, a member of “The Greatest Generation,” is one of several veterans who live at Willow Towers.

After life in the service, Larry settled into a life working with his father who taught him to be an insurance broker. It was good work, and Larry remained in the field until retirement.

Meanwhile, he had been introduced to a woman named Phyllis who would one day become his wife and the mother of their two children, Jane and Steve. She was a fashion designer who attended the prestigious F.I.T. in Manhattan. They married March 19, 1950 and moved from the Bronx to New Rochelle.

Now Larry is not only a proud father, but a proud grandparent as well. He speaks with his son and daughter regularly over the phone, just to keep in touch.