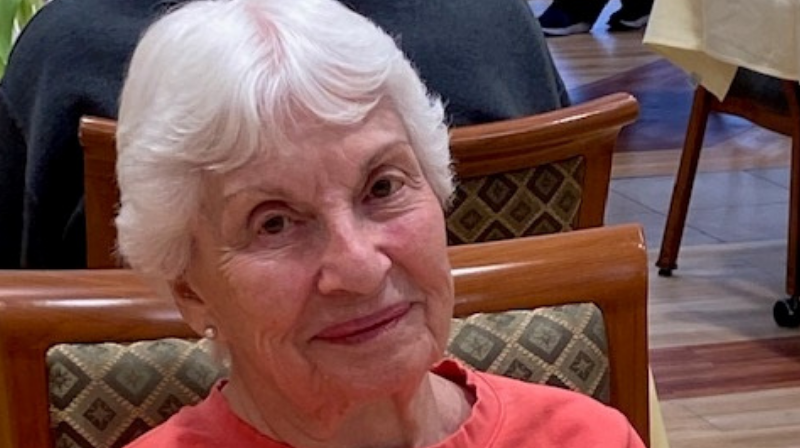 Getting to Know You: Meet Carol Gabow

This is part of a series of stories to introduce some of the remarkable individuals who live in our vibrant community here at Willow Towers Assisted Living at United Hebrew of New Rochelle.

Meet Carol Gabow: She’s the type of person who will try anything once. She attends everything from our sing-alongs, to word games, to exercise classes and conversation groups. When she isn’t joining in with a program, Carol can be found taking a long walk around the courtyard.

She was born in Brooklyn, much like her parents before her who were “Brooklyn-bred and lived there forever.” Carol also had a sister who was two years older than her. They went to Tilden High School in Brooklyn and Carol would later attend Brooklyn College.

One summer, she attended a camp for adults where she met her husband. They got along so well that they both went home telling their friends about the other. His name was Samuel and he was certain they would get married, while she wasn’t sure she’d ever see him again. He didn’t leave things up to chance. Samuel gave her a call almost the moment they were back home.

Soon after they were married, the couple ended up with three sons: Johnathan, Peter, and Andrew. Carol was doing some volunteer jobs at the time, but decided to go back to school. She attended Rockland Community College and studied to become a nurse. After working in nursing for five years, Carol realized her true calling: social work. She earned her Master’s in Social Work at Fordham University and spent fifteen years in the field. She finished up her professional life by helping her son Peter run his dental practice before retiring for good.

Carol is blessed with seven grandchildren. One of her granddaughters is a West Point graduate and now serving in the army. Carol says she is so proud of her family and happy with the life she has led.

Getting to Know You: Giovanni Dilluvio