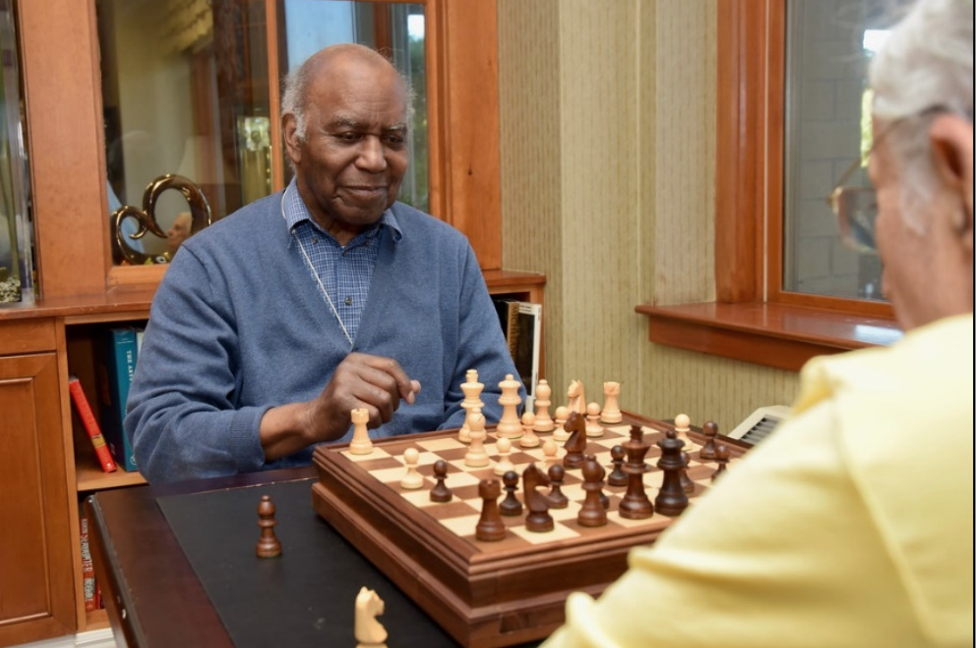 Getting to Know You: Robert Kya-Hill

This 92-year-old still has game! Robert Kya Hill loves to play chess and is happy to teach anyone who is interested in learning. When a group of students from Fordham Prepartory School visited us at Willow Towers over the course of several weeks, Robert played — and won — against nearly every student. Robert continues to enjoy the challenge and loves spending time with them.

He was born in Whitakers, North Carolina. Most of his childhood was spent in an even smaller town called Hickory, where his father was a farmer. They often enjoyed freshly harvested produce all the time, from an array of vegetables to pecans plucked from the trees.

When he was twelve, his family moved to New York city. He and his family lived in various parts of the city. His uncle lived on 140th street. Robert grew up in an apartment on 119th street. When he was grown, he moved to Midtown Manhattan, on 53rd Street.

Robert attended both City College and the New York College of Music. He studied music composition, singing and acting. He performed folk music, toting his guitar to venues throughout the city. To this day, he enjoys playing piano or singing a Gershwin tune when the mood strikes him.

Yet Robert spend most of his career acting. He has appeared in films on the large and small screen, but his real passion is the theater. He particularly loves Shakespeare. He has performed in his favorite play, Othello, five different times! He was the titular character and the lead. When asked, Robert may entertain you by reciting a few of his most memorable lines.

Robert married a woman named Sally and they had a daughter, Bouqui. She is married and has two children. She lives in Switzerland with her family.  Bouqui followed in her father’s footsteps and became an actor.