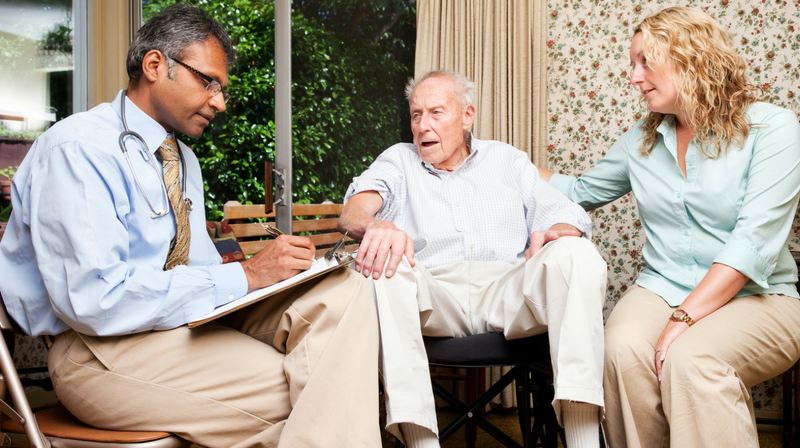 Is it Aging, Dementia, or Alzheimer’s Disease? Know the Signs

We’ve all misplaced our phone, forgotten an acquaintance’s name, or looked for our glasses as they rested upon our head. As we age, we may place more importance on these minor memory lapses and wonder if they indicate something more than being forgetful—dementia, Alzheimer’s disease, or other cognitive impairment. While our brains slow with age, memory loss is not a normal part of the aging process, says Dr. Elaine Healy, vice president of medical affairs and medical director at United Hebrew of New Rochelle.

“Certain changes are inevitable in our aging brains,” says Dr. Healy, who oversees the care of nearly 300 seniors at United Hebrew’s skilled nursing facility, part of its campus of comprehensive care. “It’s important to know the difference between normal changes associated with getting older, and symptoms that may indicate a developing cognitive impairment, such as dementia or Alzheimer’s Disease.”

If you or your loved one experiences a subtle decline in memory that doesn’t affect your ability to function day-to-day, a condition known as Mild Cognitive Impairment (MCI) may be at work. “MCI is characterized by memory loss that is noticeable, such as frequently forgetting conversations, appointments, or where you left your keys. However, general knowledge, including vocabulary, intellectual capacity, and ability to manage your responsibilities, isn’t affected,” says Dr. Healy. About 15 – 20% of those aged 65 and older have MCI, according to the Alzheimer’s Association. Some develop dementia and Alzheimer’s Disease, but many never worsen and are able to manage the condition.

Dementia is not a disease, it is a general term to describe a group of symptoms related to a significant decline in cognitive functioning because of damage to brain cells. “Significant is the key word,” says Dr. Healy. “There’s a big drop in functioning. The symptoms include severe memory loss, and difficulty in reasoning, thinking, and problem-solving. They affect an individual’s ability to cope with daily life.”

There are many types of dementia, and Alzheimer’s is the most common type, accounting for over half of all cases, says Dr. Healy. In addition to memory loss, Alzheimer’s disease symptoms may include behavior changes, poor judgment, vocabulary loss, and ability to sequence tasks. What might that look like?

“If your loved one is typically very refined, and they being to curse, that’s a sign,” says Dr. Healy. “Or they love to cook, but can no longer remember the steps to make a favorite meal. It’s memory loss combined with executive functioning that is a hallmark of Alzheimer’s disease.”

If you notice any of these symptoms in your loved one, it’s important to get a thorough neurological evaluation, Dr. Healy notes. There are certain types of dementia caused by conditions that are treatable, such as thyroid problems, vitamin deficiencies, depression, or tumors so determining the causes and level of cognitive impairment is essential.

“If the diagnosis is Alzheimer’s disease, or another form of dementia which has no cure, an early diagnosis is still beneficial,” says Dr. Healy. “There’s a lot that can be done that can slow the rate of decline, and to help people with these conditions cope with memory loss, maintain their independence, and live long and meaningful lives.”