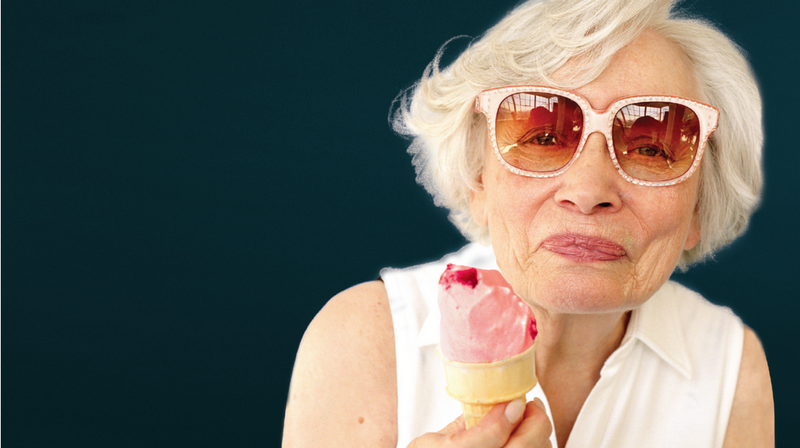 Meet Some of Our Feisty, Independent, and Outspoken Personalities

We all have a story that makes us who we are. Our stories reflect our interests and hobbies, successes and challenges, families and friends, and much, much more. Meet some of the remarkable individuals in our vibrant community at United Hebrew of New Rochelle. 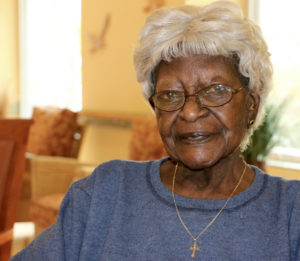 Born in rural Alabama in 1916, Annie Range helped her father farm their 100 acres of land by picking cotton, pruning vegetables, and feeding the animals. She studied from her older siblings’ school books, and when she was eight years old, she began attending school—a five-mile walk each way. She didn’t mind, because, as Annie puts it, she “fell in love with learning.”

The opportunity to live with a cousin and attend high school brought Annie to Selma, Alabama. She loved high school, and playing for her school’s basketball team—a sport she’s still passionate about. After she graduated, she began teacher’s college, but lacked the funds to continue beyond one semester.  Annie moved to Montgomery, where she got a job sewing shirts for the U.S. Army and Navy servicemen for $4.50 a week. When her sister left the state for New York, Annie moved with her and settled in The Bronx. There, she met her husband, had a son and a daughter, and eventually obtained a license to operate a day care center, which she did, for 15 years. Annie says she loved watching the children grow up.

Married for 46 years, Annie lost her husband in 1988. Now a four-year resident of United Hebrew, she enjoys visits from her son, who lives in Connecticut with his wife and three teen-aged sons, and her daughter, a Cortlandt Manor resident, who takes her to church every week. Annie turned 101 May 16, and enjoys being an active participant in United Hebrew’s recreation program, especially painting and bingo. 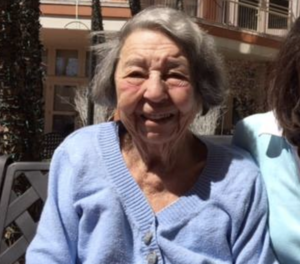 Anne Adler: A Grad at 70!
The daughter of Russian immigrants, Anne Adler grew up in New Rochelle with her two brothers. After she graduated from New Rochelle High School, she began her college education at SUNY New Paltz. Then, like many American families, the Adlers were hard-hit by the Great Depression: they lost the family’s deli business, and she had to drop out of college. Anne found work as a telephone operator, married, and moved with her husband to Baltimore, where they raised two daughters. After her husband died, she worked full-time for the Social Security Administration by day, and went back to school at night. Anne fulfilled her dream of graduating from college when she was 70 years old.

She attributes her long and happy life in part to her passions: her daughters, involvement in her temple, her professional accomplishments, and travel. After her retirement, she traveled extensively to United States, Russia, and Europe. She remained active well into her 80s at her synagogue, where she was president of the Sisterhood.

“Her work and her friends at her temple became a real anchor for her,” said her daughter Leslie Adler. “She enjoyed going out to lunch, going to the theater, and spending time with her friends. Now at Willow Towers, she’s still very social.” 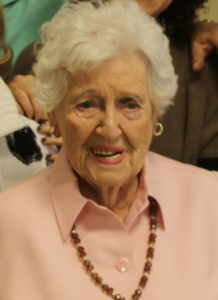 Shirley Meyers: Longest NY Giants Ticket Holder
Born in the Bronx on October 15, 1914, Shirley Meyers, [née Keppler,] grew up in New Rochelle with her parents and her two sisters. Of the “Three Keppler Girls,” Shirley was among the first to be confirmed at Temple Israel of New Rochelle. Following her graduation in 1933 from New Rochelle High School, she attended art school. She eloped with Harry Meyers in 1934 and shortly thereafter, the couple started a wholesale men’s gift business, H.C. Meyers Company, which supplied major department stores and catalogues.

After her husband’s death in 1986, Shirley moved to Boca Raton, FL, where she was an avid golfer, bridge enthusiast, and world traveler. She fulfilled her dream of visiting far-flung destinations across the United States, Europe, and the Middle East. She moved back to New Rochelle to be near her family, and still enjoys following her beloved New York Giants, from whom she was thrilled to receive recognition for her status as a 50-year-ticket holder.

Ten family members, including four generations of New Rochelle High School graduates, joined Shirley this month to help her celebrate her 102nd birthday. She remains active in the lives of her two children, seven grandchildren, and 16 great-grandchildren, who are a tremendous source of pride and joy, and whose names and birthdays she remembers so well that other relatives frequently check with Shirley on which family birthday is coming up next. “Have the will to do things for yourself; be independent, and have a positive outlook,” says Meyers on living a long and healthy life. Meyers still walks every day, and participates in the full complement of social activities offered at United Hebrew’s Willow Towers Assisted Living. 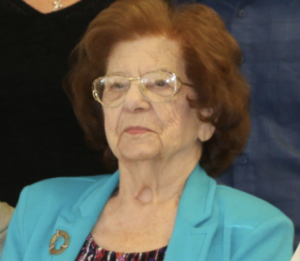 Mary Tallarini – On her own until 99 and a half!
Reducing stress whenever possible, maintaining a strong social network, and following a healthy lifestyle are some of the keys to Mary Tallarini’s long life, according to her daughter, Sandra Annunziata. “She spent her entire life in New Rochelle, growing up in a large, tight-knit Italian family as one of 9 children,” said Annunziata. “She was always involved in her community, from our school’s PTA when we were growing up, to her group of friends in her senior housing complex on Maple Avenue, where she lived on her own until she was 99 and a half.”

Born to Luigi and Filomena Panico in 1914, Mary had four brothers and four sisters. In 1943, she married Anthony Tallarini, with whom she had three children. She cooked for her husband’s luncheonette, contributed to Sunday dinners at her parents’ house, and helped care for her parents, as they grew older. After her husband retired in his 70s, Mary continued her community involvement, and knitted hats, gloves, and scarves for those in need. After her husband’s death, she moved to a senior community near Hugh Doyle Senior Center in New Rochelle, where for 15 years, she walked nearly every day to have lunch, cook, and play cards and bingo with friends.

Mary is the proud grandmother of six, great-grandmother of two, and Aunt to 23 nieces and nephews. “She had good genes, she ate healthfully, and never drank or smoked,” said Annunziata. “She became much more social as an elderly adult, and that helped her maintain her independence for so long.” She recently celebrated her birthday at Willow Towers, along with her three children and extended family.