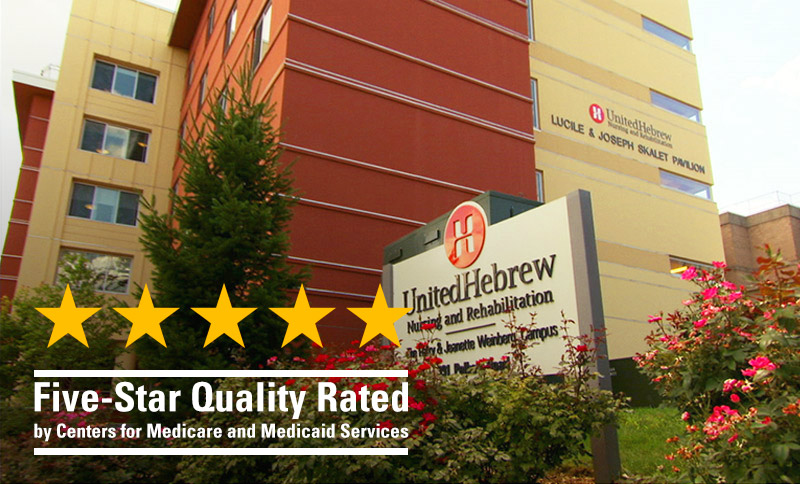 Exciting news! Rita Mabli, President & CEO of United Hebrew of New Rochelle, has been selected by the American College of Healthcare Administrators (ACHCA) to receive its 2017 Eli Pick Facility Leadership award. The recognition honors top-performing skilled nursing facilities and the leaders who help them excel.

We’re always proud and humbled when United Hebrew is recognized for the care we provide to seniors in Westchester County. Each award is an affirmation that we are providing compassionate care in the best possible way. But it’s more than another feather in our cap. For Westchester residents who may be considering a nursing home for their loved one, it is welcome news. Hearing that a facility consistently recognized for providing superior care is in their midst may even take some of the stress out of a difficult decision.

Award recipients are selected based on several quality measures using publicly collected data by the Centers for Medicare & Medicaid Services (CMS). Under Rita’s leadership, United Hebrew’s nursing home beat state and national averages in several categories. Fewer than 1.8% of its residents complained of pain over the last year, compared with 5.1% in New York State, and 7.8% nationwide, for instance. Because of our superior quality ratings, the ACHA recognizes Rita as a leader of distinction whose team has achieved organizational excellence—a level reached by fewer than nine percent of nursing homes nationwide!

Our Committed Staff Shares the Honor

In its award notification, the ACHCA, an industry leadership association that provides professional education and certification to administrators from across the spectrum of longterm care, said it “firmly believes that post-acute and aging services facility excellence is a reflection of leadership excellence.” Rita’s outstanding leadership has resulted in United Hebrew receiving high marks from several other entities that assess healthcare:

Rita says the awards were earned by her committed staff members, many of whom often cite the top-down culture of kindness and respect she has created as a reason they are so devoted to their work. As a result, United Hebrew has one of the lowest staff turnover rates in New York State and is able to provide a consistency of care that is unparalleled.

“It’s very important to me that our entire staff be recognized for their passion for offering residents the highest quality of life possible,” says Rita, who has worked at United Hebrew since 1976. “I share the honor with our dedicated staff. They treat each other, and our residents, like family.”