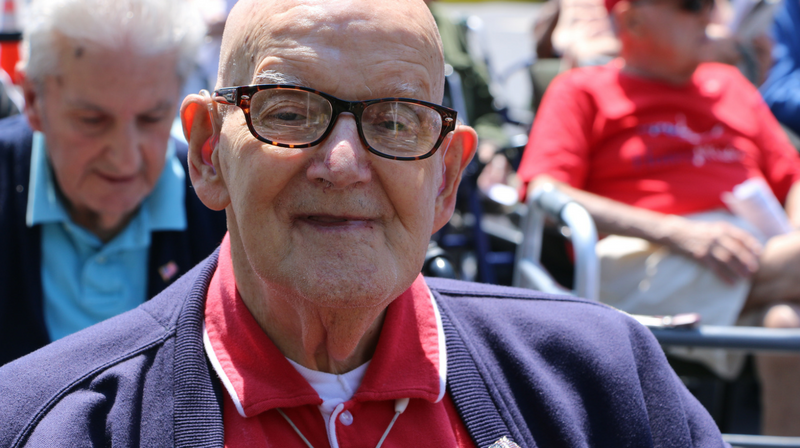 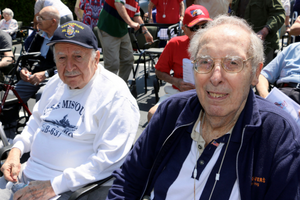 Willow Towers Assisted Living paid homage to 30 members of “The Greatest Generation” and to Old Glory at a moving Flag Day ceremony today. Nearly 100 residents, staff, and local officials gathered around the flag pole amid a garden festooned in red, white, and blue, to sing patriotic songs, recite the Pledge of Allegiance, and listen to local officials, including Roz Weinstein, director of constituent services for State Senator George Latimer, and Peter Parente, president of the United Veterans of New Rochelle.

Quoting President Calvin Coolidge, Nora O’Brien, Willow Towers’ executive director, said the flag “represents our peace and security, our civil and political liberty, our freedom of religious worship, our family, our friends, and our home.” She saluted the veterans in attendance and thanked them for “serving to protect the flag and the freedom it represents.”

Proud to be part of ‘The Greatest Generation’ 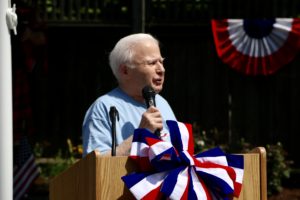 Among those honored was Larry Rosenthal, a five-year resident of Willow Towers, who led the Pledge of Allegiance at the event. He was 22 years old when he sat in the nose of a B-17 aircraft, serving as the navigator for the 10-man team aboard the plane dubbed the “Flying Fortress” during World War II.

“I saw behind the bombardier with maps and instruments to guide our flight. We flew wing tip to wing tip; I could see the acne on the face of the pilot in the plane flying next to us,” recalls Rosenthal. “It was harrowing. We had a job to do.”

He also witnessed German bombers flooding the skies over London, and watched the city ignite in flames during the Blitz, an intense period of bombing that continued for nearly three months. After the war ended, Rosenthal’s crew was part of a relief effort that provided humanitarian aid in the Netherlands, dropping food and supplies on runways in Amsterdam.

Now 95, Rosenthal says he is filled with pride because he is a member of “The Greatest Generation” contingent of veterans at Willow Towers. “I’m extremely fortunate. It’s great to share stories with my fellow veterans. They, and all of the residents here in this community are so warm and friendly.”

See the FIOS1 News story on our event. 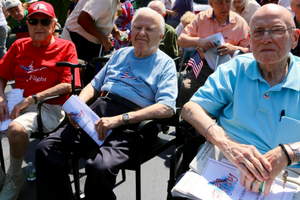 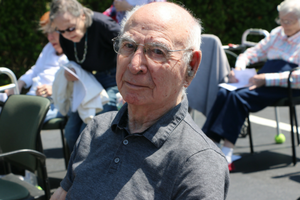