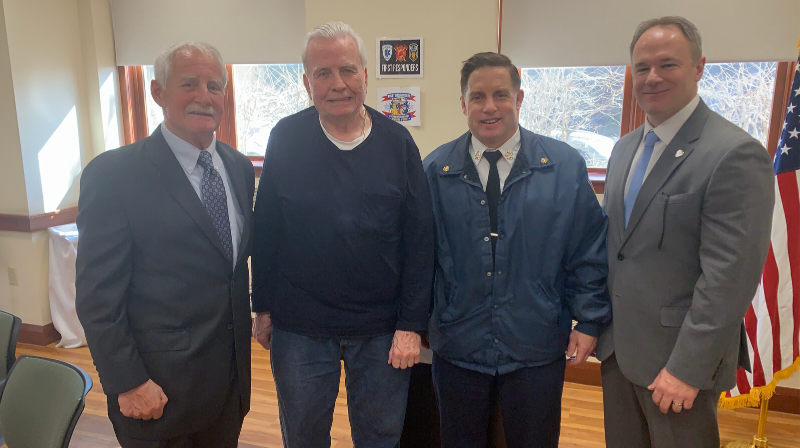 A Heartfelt Thanks for First Responders at Willow Towers

New Rochelle’s first responders show courage, commitment, and sacrifice on a daily basis in our community, whether they are handling health emergencies, three-alarm fires, or educating the elderly on how to avoid scams.

To thank them for their commitment and heroism, Willow Towers Assisted Living at United Hebrew of New Rochelle hosted its First 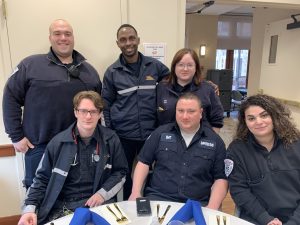 In her welcoming remarks, Rita Mabli, president & CEO, United Hebrew of New Rochelle, expressed her thanks for the daily acts of bravery and compassion shown by first responders.

“Heroes are the people who are tender with the young, compassionate with the aged, sympathetic with the striving, and tolerant with the weak,” said Rita Mabli, president & CEO, paraphrasing George Washington Carver. “I am describing all of you. There is no more noble occupation in the world than to assist another human being. Thank you for what you do to keep our community healthy and safe.” 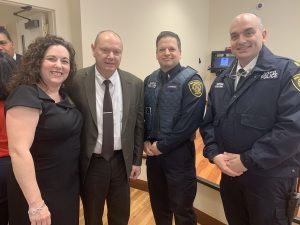 Mabli also recognized two of her staff members for their exemplary service: Michael Frenza, Director of Security, and Michael LaBarbera, Security Officer, both retired from the New Rochelle Police Department.

Tom Brogan, a retired New York City police officer and current resident at Willow Towers Assisted Living, was also recognized for his 21-year-career in the NYPD. He remembered his as a beat cop with the 41st precinct in the Bronx as “hectic,” when he was chasing thieves, breaking up fistfights, and looking out for elderly residents.

“It is nice to be appreciated after all this time,” said Brogan. “I definitely didn’t expect all this 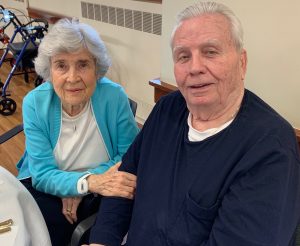 “It’s very nice to be here,” said Schaller. “It’s great to feel that our service is valued. We’ve enjoyed our cooperation over the years with the entire United Hebrew community.”